Byron Spriggs in The Winnipeg Community

Byron has been an active member in the Winnipeg community, and takes a great interest in giving back to the hockey community.

In 2011, Byron graduated high school from Ecole Vincent Massey Collegiate where he helped his team, Vincent Massey Trojans, win the provincial championship in 2010. Now, Byron has returned as a volunteer coach to share his experiences and skills with the next generation of goalies. He has been working alongside the hockey coaching staff at games and practices since 2018 to make sure his high school team continues to win! 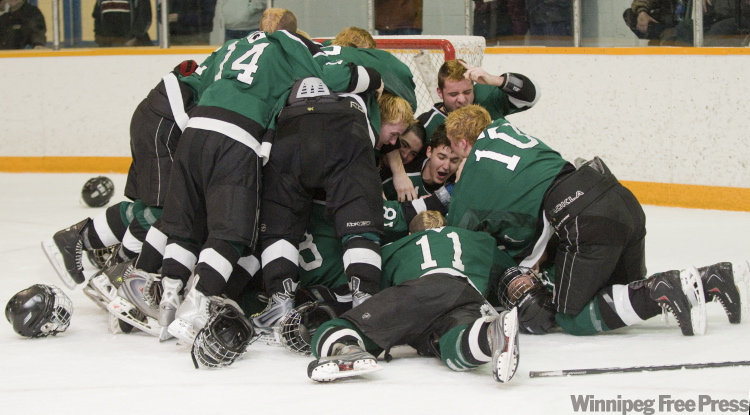 (Vincent Massey Trojans 2010; Byron is buried under the dogpile!)

In July 2018, Byron lost one of his best friends, Ben, to suicide. He and a group of family and friends organized a 3-on-3 outdoor charity hockey tournament in February 2018 called “Play4Sven” with all proceeds donated to mental health organizations. Last year in a single day, Play4Sven raised over $13,000 in support of various mental health organizations; including Project 11, Canadian Mental Health Association, and Manitoba Mood Disorders. None of this would have been possible without the help of generous community members, businesses, and volunteers!

Read the news article about the Play4More 2020 Tournament

Read the news article about Play4Sven 2019

Watch the City News Video about the Play4Sven 2019 Hockey Tournament

In 2016, Byron was given the privilege of being selected as one of the Winnipeg Jet’s Emergency Back-Up Goalies. The NHL started the Emergency Back-Up Goaltender Program (EBUG) to have an impartial goalie that can represent either team in the rare case that both of a team’s goalies become injured during play. The EBUG would then suit up for the goaltender-less team and play in a real NHL game!

Over the last few years, Byron has had the rare opportunity of suiting up for two NHL teams, including the Dallas Stars (2018) and Colorado Avalanche (2019)! He has been able to volunteer his time and spend many game nights in the Winnipeg Jets Press Box – eagerly waiting for an opportunity to get in the action! 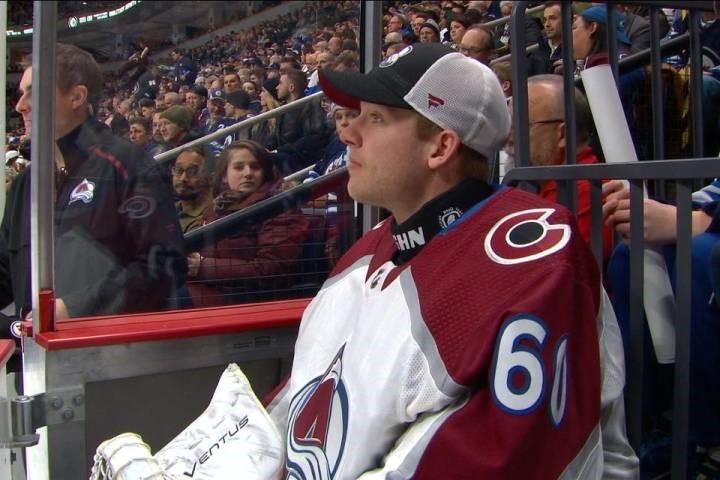 Click here to check out what Byron had to say following his 15-minutes of fame playing for the Colorado Avalanche!

THE MANITOBAN NEWSPAPER - Article by Ryan Stelter, on June 13, 2017

There’s a new goalie coach in town, with Bison men’s hockey goaltender Byron Spriggs opening up his own camp this summer.

The Byron Spriggs Goaltender Development Camps will take place for one week each in July and August at the Seven Oaks Community Centre. Each camp consists of four full days of goalie-specific training, including two and a half hours on the ice, one hour of video analysis, and one hour of dryland training. There will be camps for two different age groups, 8-12, and 13-17 year olds.

Spriggs has an impressive resume as a goaltender, having captured the Manitoba Junior Hockey League title in 2014 with the Winnipeg Blues, and a brief taste of professional hockey – Spriggs was the emergency backup on two separate occasions this past season for the American Hockey League’s Charlotte Checkers and Manitoba Moose . . .

THE MANITOBAN NEWSPAPER - Article by Ryan Stelter, on March 21, 2017

Byron spriggs is making a name for himself
Spriggs talks about his experience with the Charlotte Checkers, his play this season

It was an average Thursday for Bison men’s hockey goaltender Byron Spriggs, until he got a text from their trainer, Shane Carson.

“Charlotte’s goalie came in but the gear didn’t,” the text said. It was no longer an average Thursday for Spriggs.

The third year netminder had the opportunity to participate in the morning skate with the Charlotte Checkers of the American Hockey League (AHL) before their tilt with the hometown Manitoba Moose. That enough would have been a cool enough experience for Spriggs, but it got better. . . .