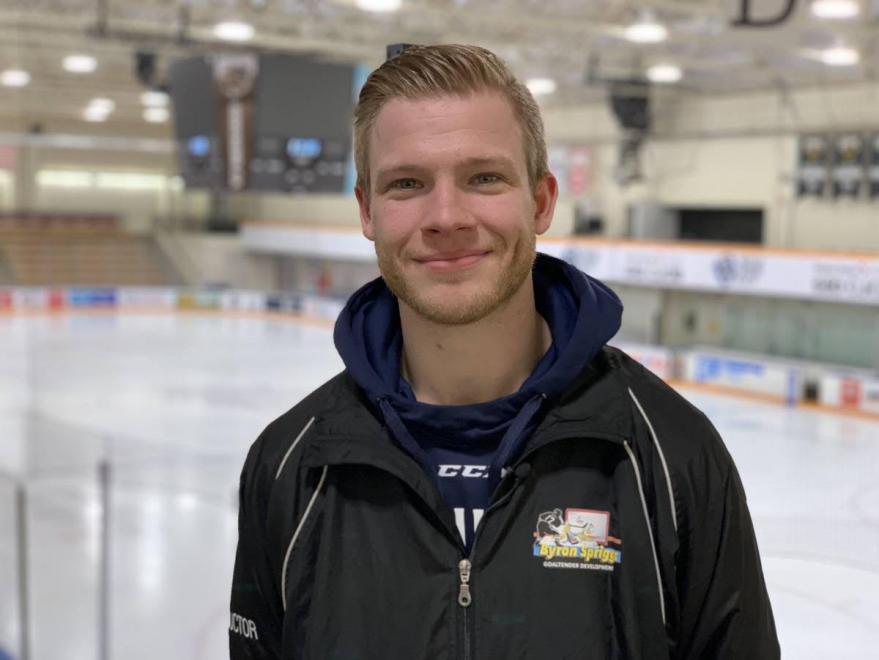 Where does he goalie coach?

Byron Spriggs has been helping young goalies improve their skills for over 10 years. He has provided goalie coaching for many teams and worked with all skill levels, from beginner goalies on the ice for the first time to goalies playing in the WHL.

Most recently during the 2019-2020 season, Byron has provided goalie coaching for the following teams:

Where did he play?

Byron started playing in goal when he was 6 years old. He played minor hockey with the Fort Richmond Kings and Pembina Trails Twins. He finished his youth hockey years with the Vincent Massey Trojans before moving on to play for the Winnipeg Blues of the MJHL for 3 seasons. In his last year with the Blues (2013-14), they won the MJHL Championship where Byron was named Top Goaltender and awarded Playoff MVP.

Byron was then recruited to play for the University of Manitoba Bisons, where he completed an impressive 5-year CIS career. Byron was named the team’s MVP for 3 years in a row (2016-2019).

After graduating from the University of Manitoba, Byron made several appearances as a back-up goalie for the Manitoba Moose (AHL), as well as the Charlotte Checkers. He has been a participant of Winnipeg Jets Emergency Back-Up Goaltender Program (EBUG) since 2016 – and has suited up for various teams, including Dallas Stars and Colorado Avalanche in 2019!

Click this link to read about Byron’s experience playing for the Colorado Avalanche! 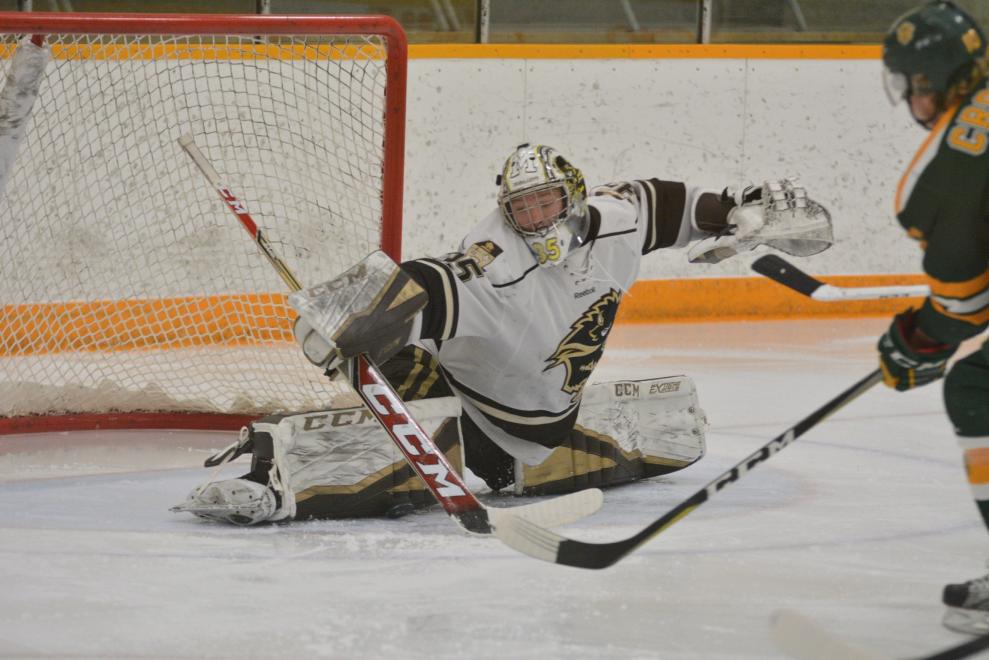 What are Byron’s coaching philosophies?

Byron is a charismatic, passionate, and hard-working coach who strives to make sure that each goalie benefits from each day at camp! He loves getting to know each individual goalie personally so that he can help identify their strengths and areas that need improvement. This allows him to tailor the drills to each goaltender, so they get as much experience and feedback as possible out of each practice session, day, and week of camp!

Byron is a naturally goofy guy, so he’s able to emphasize the fun aspects of goaltending while also drawing from his experiences playing high-level hockey to help motivate his goalies. It’s important for Byron to make sure his goalies love the sport and enjoy their time on the ice – but also strive to get better and achieve their goals. Goalies of all ages can count on receiving a lot of individual feedback from Byron and other instructors. Byron has created a welcoming and fun environment for all goaltenders to learn and improve their skills!

Each camp has a 2:1 goalie-instructor ratio, because Byron believes that lower ratios allow instructors to get to know each goaltender and their specific skillsets. In return, a 2:1 ratio gives the goalies the opportunity to know their instructors and be comfortable performing drills and ask questions! Most importantly, it allows the goalies the most amount of time possible in the next making saves – instead of on the sidelines waiting for their turn to get in. A 2:1 ratio is not something that many Winnipeg goalie camps are able to offer, which sets Byron Spriggs Goaltender Development apart from the rest!

What Are Attendees Saying?

"Byron takes great care to address all of the fundamental drills and techniques required to bring a developing goalie to the next level. I strongly recommend Byron Spriggs's Goaltender Development to all goalies seeking to improve their game!"

"My son couldn’t wait to get up in the morning to attend camp! He was excited to get on the ice and to work on his game with his fellow goalies. Byron is an excellent teacher with high energy, enthusiasm and has a well prepared program of instruction. My son will definitely be back next year! This camp was awesome!"

"Byron takes the time to personally get to know each Goalie . His team of coaches were great at running the drills at a level that each goalie was challenged but yet had successes. We are very happy with the training our son has received with Byron!"

"My son has been attending this camp for 3 years now. He always comes out with more skills and is eager to attend more sessions. Thank you Byron and your crew!"

"Byron is an excellent coach. He knows how to explain complicated movements to young goalies, while also making the drills fun and challenging. The players feed off of that energy as they learn."

"My son had an excellent time at camp this year. He always learns so much and has a smile on his face everyday when he leaves. That’s the most important thing."